Disk Drill
Winner • Chosen by 90% of Users
VS

In this comparison, we pit against each other two generations of data recovery software for macOS: Disk Drill and DiskWarrior.

Disk Drill has all the style of a young fashion model, but can it offer more besides pretty looks? DiskWarrior, on the other hand, goes back to the PowerPC era, and its user interface certainly has more than a few wrinkles on it, which we would be willing to overlook if it could perform its job with the confidence and elegance of a master craftsperson—but can it? Let’s find out! 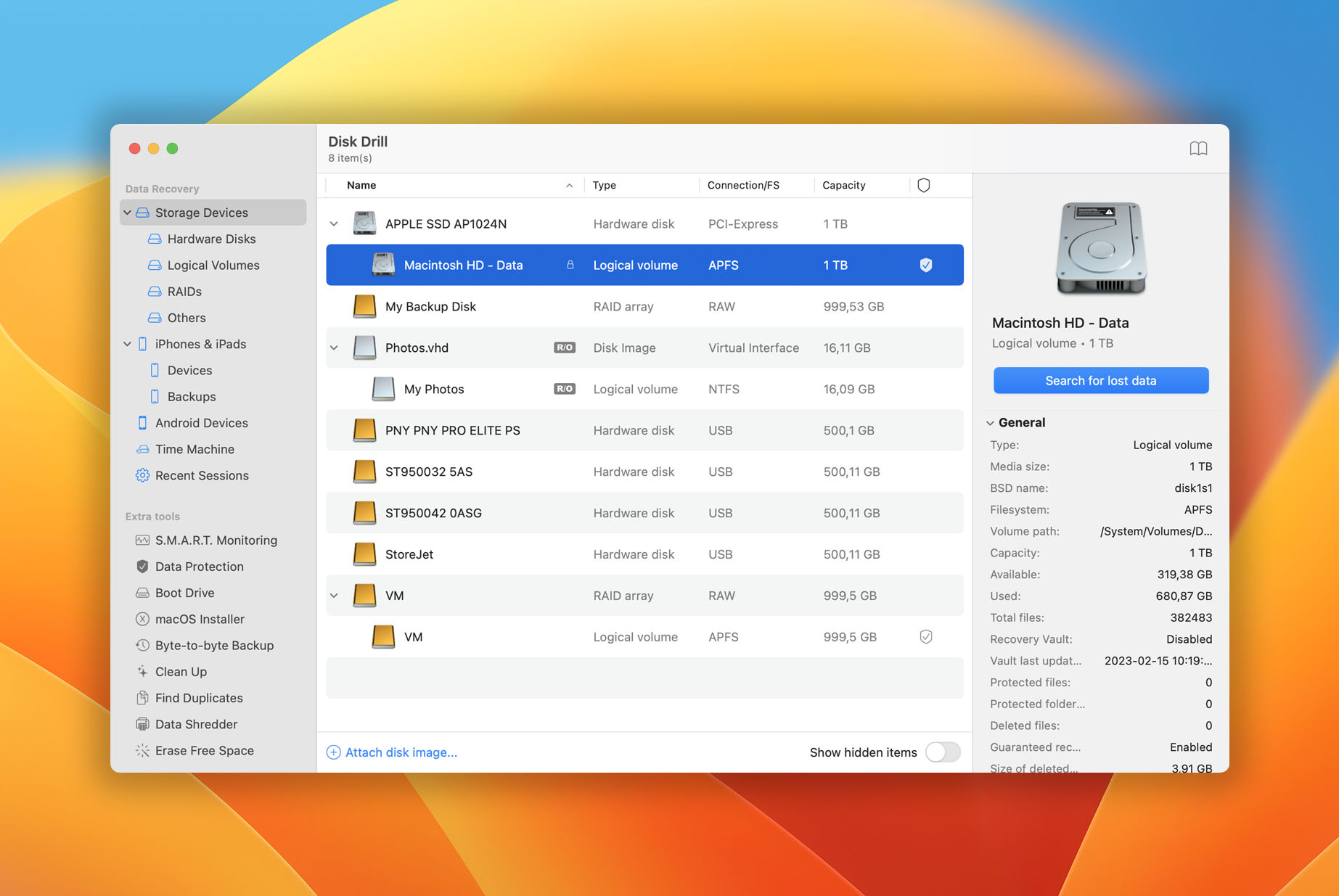 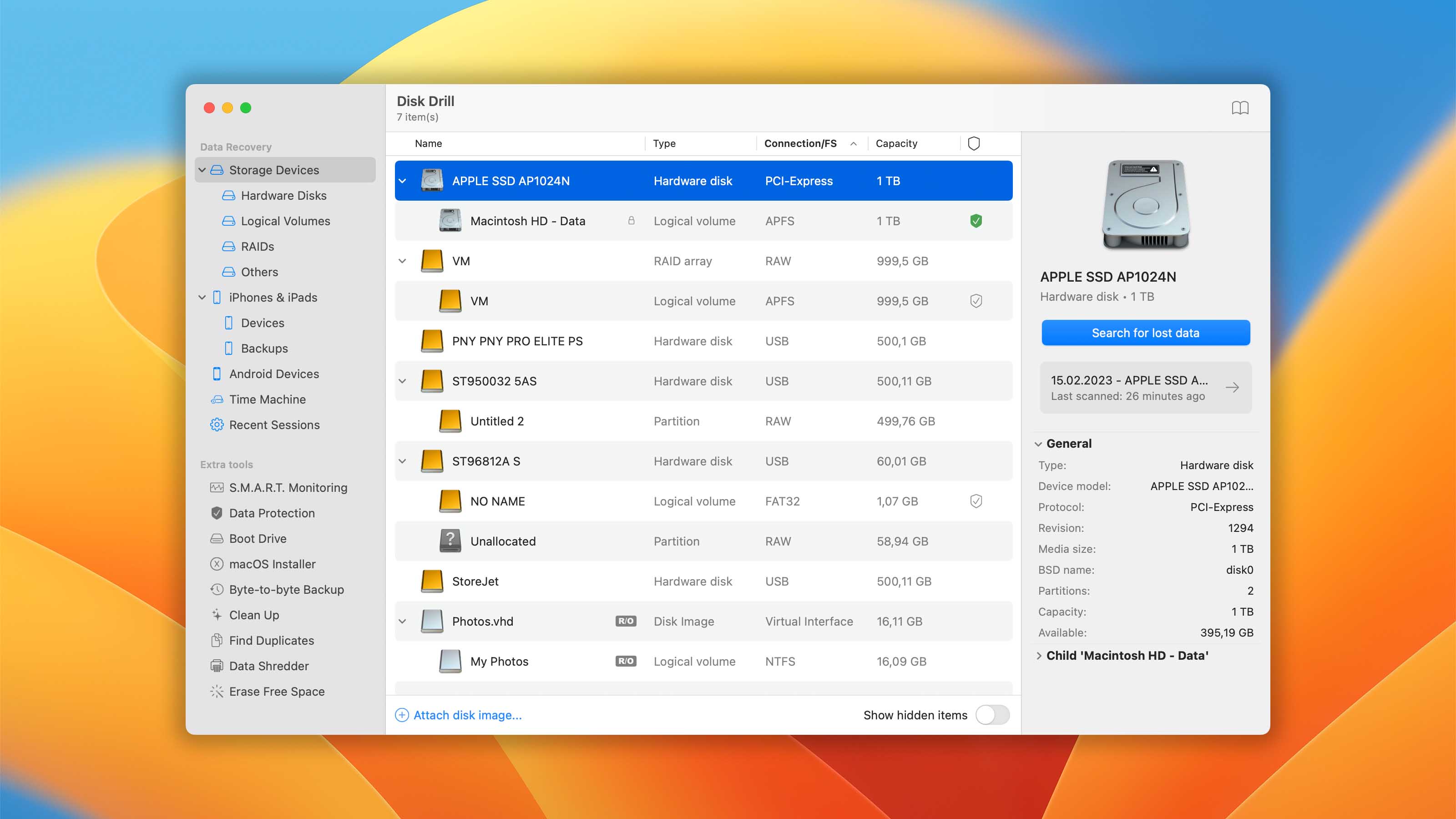 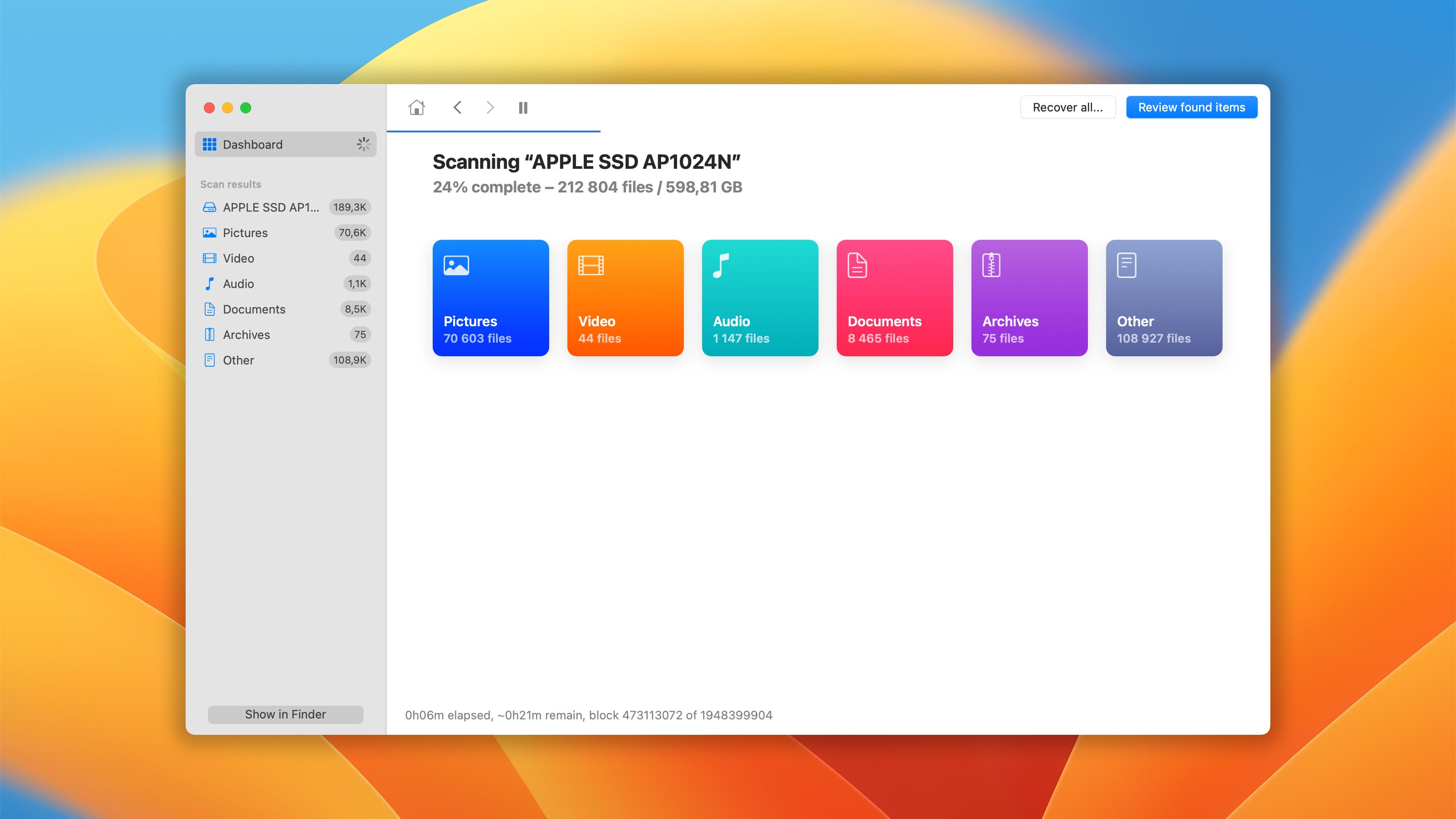 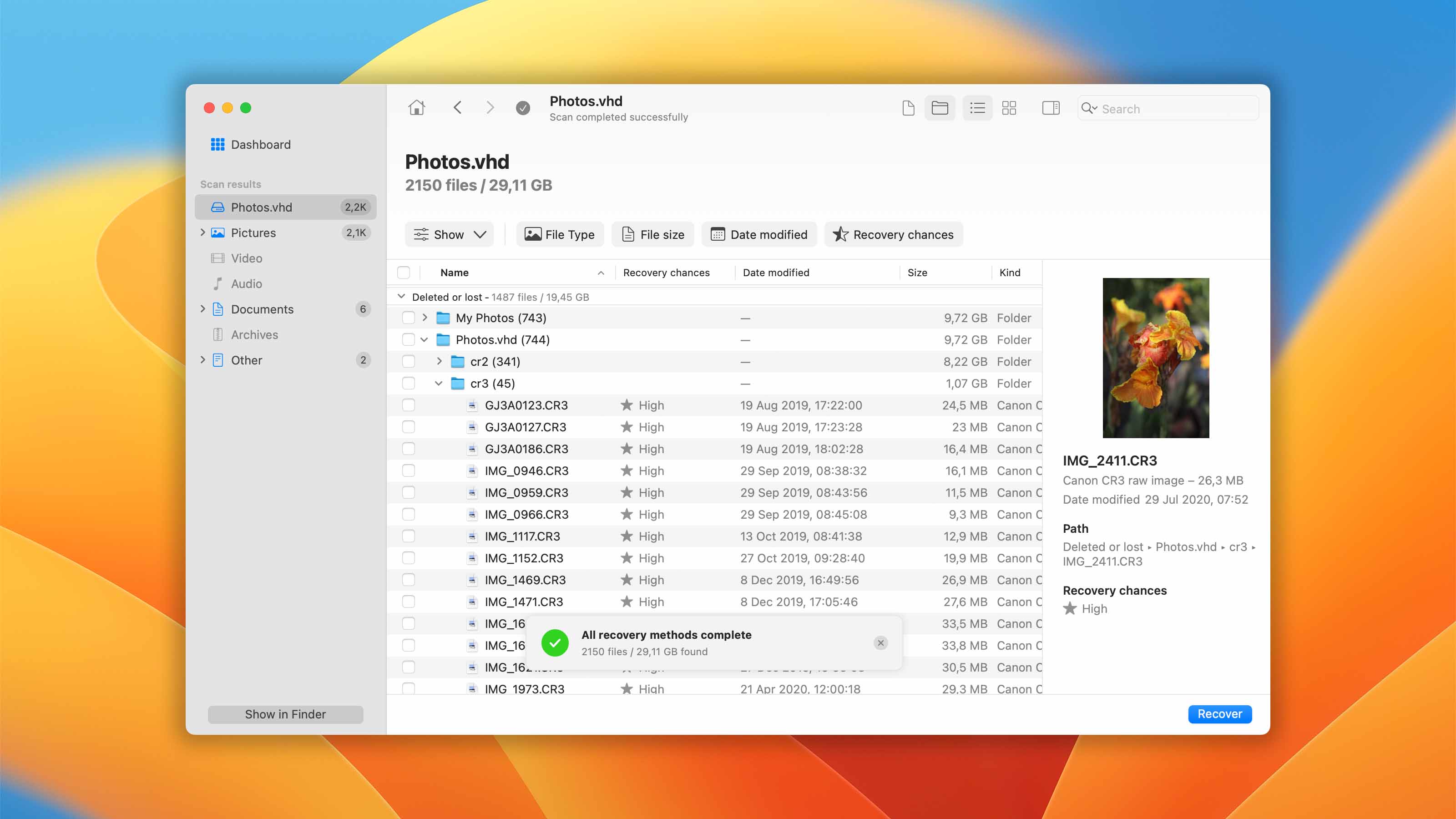 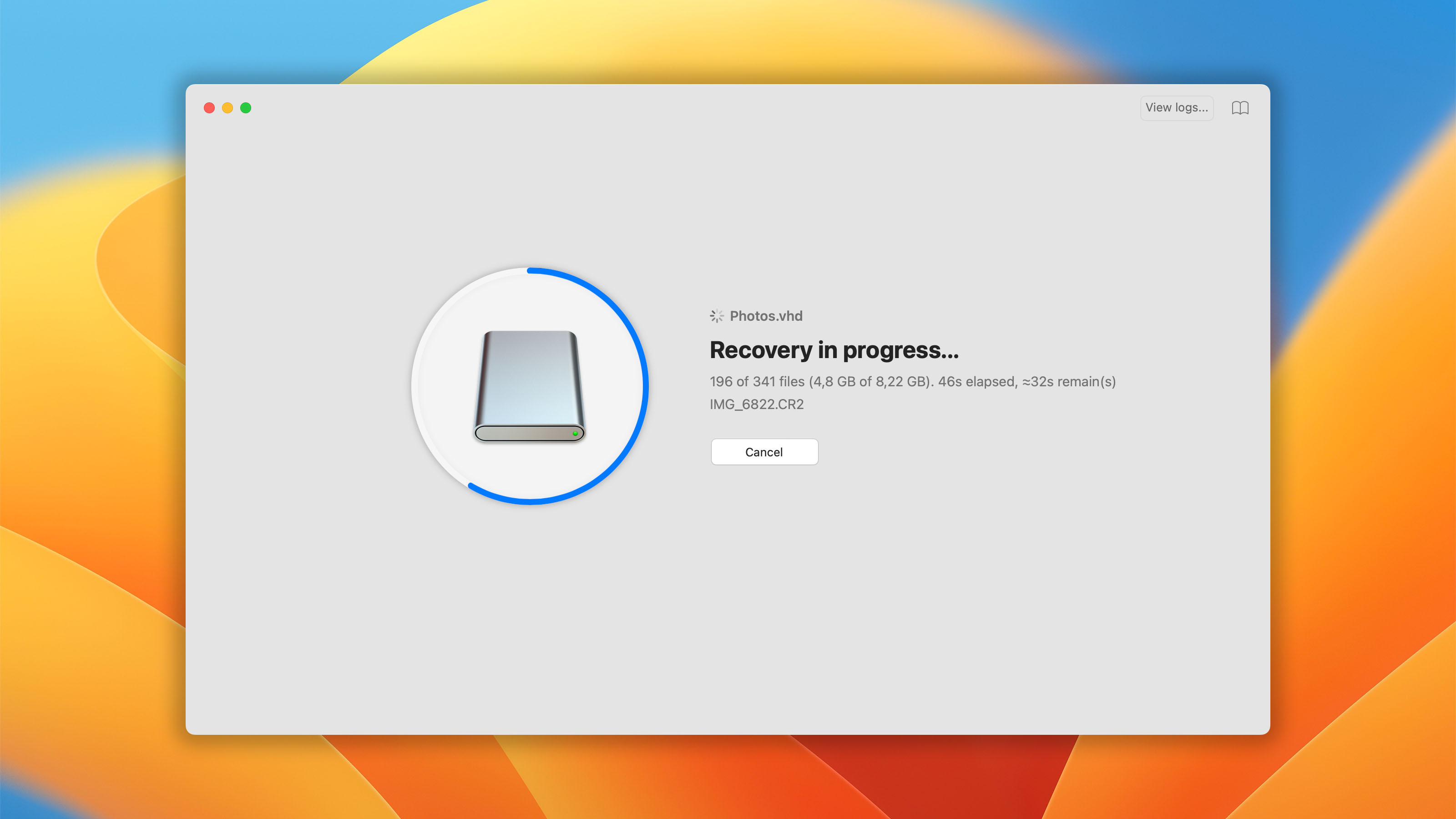 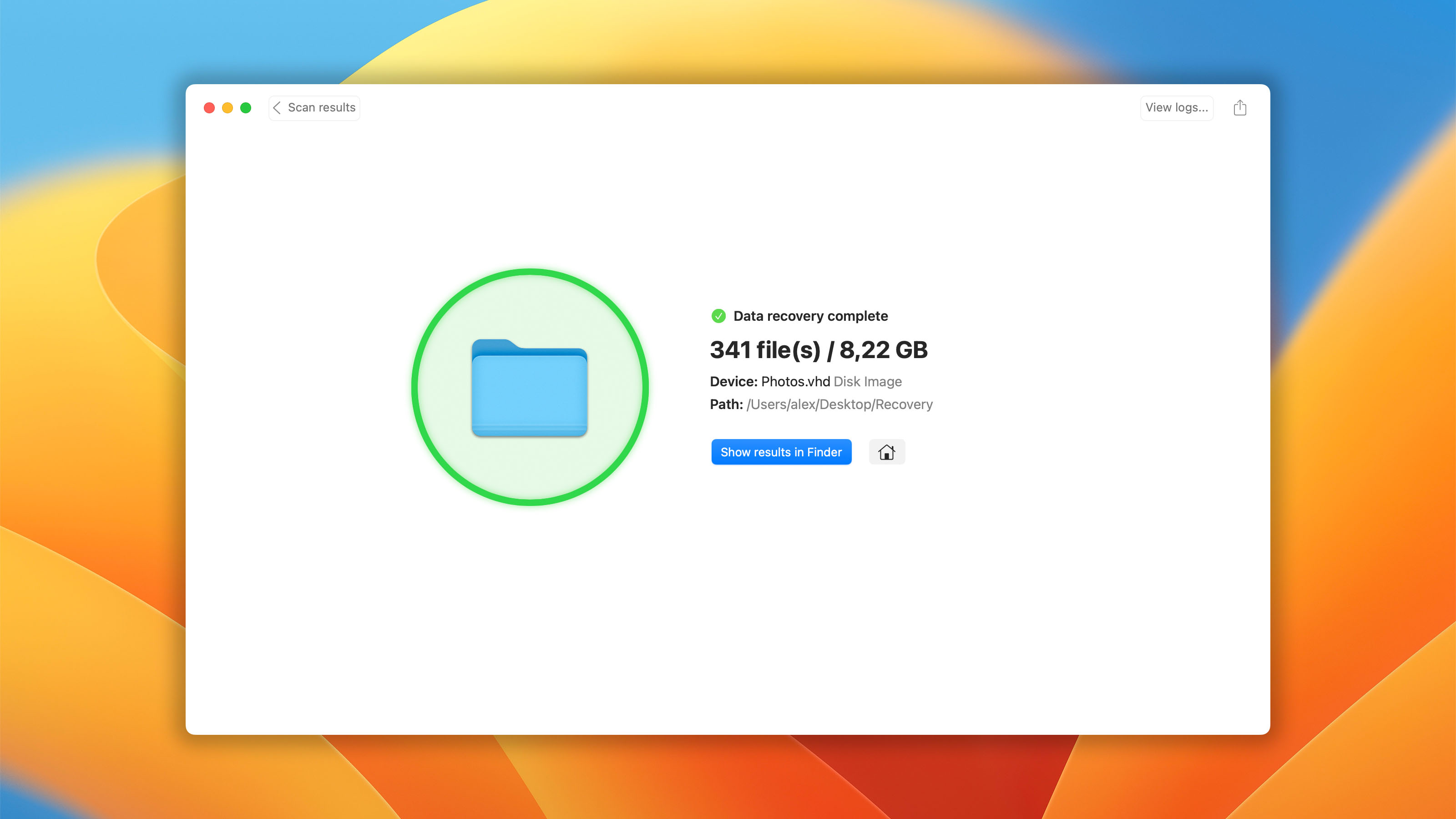 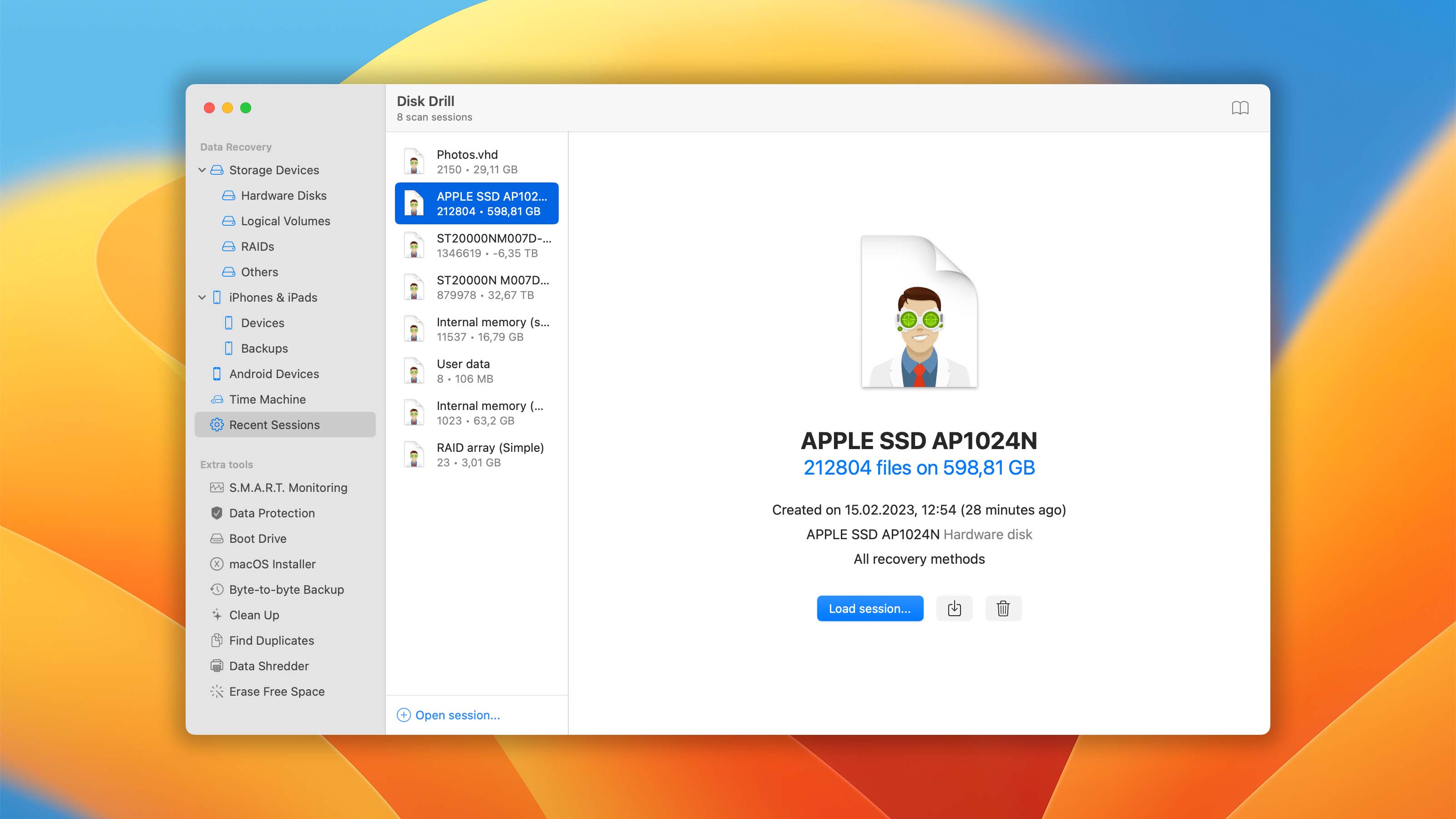 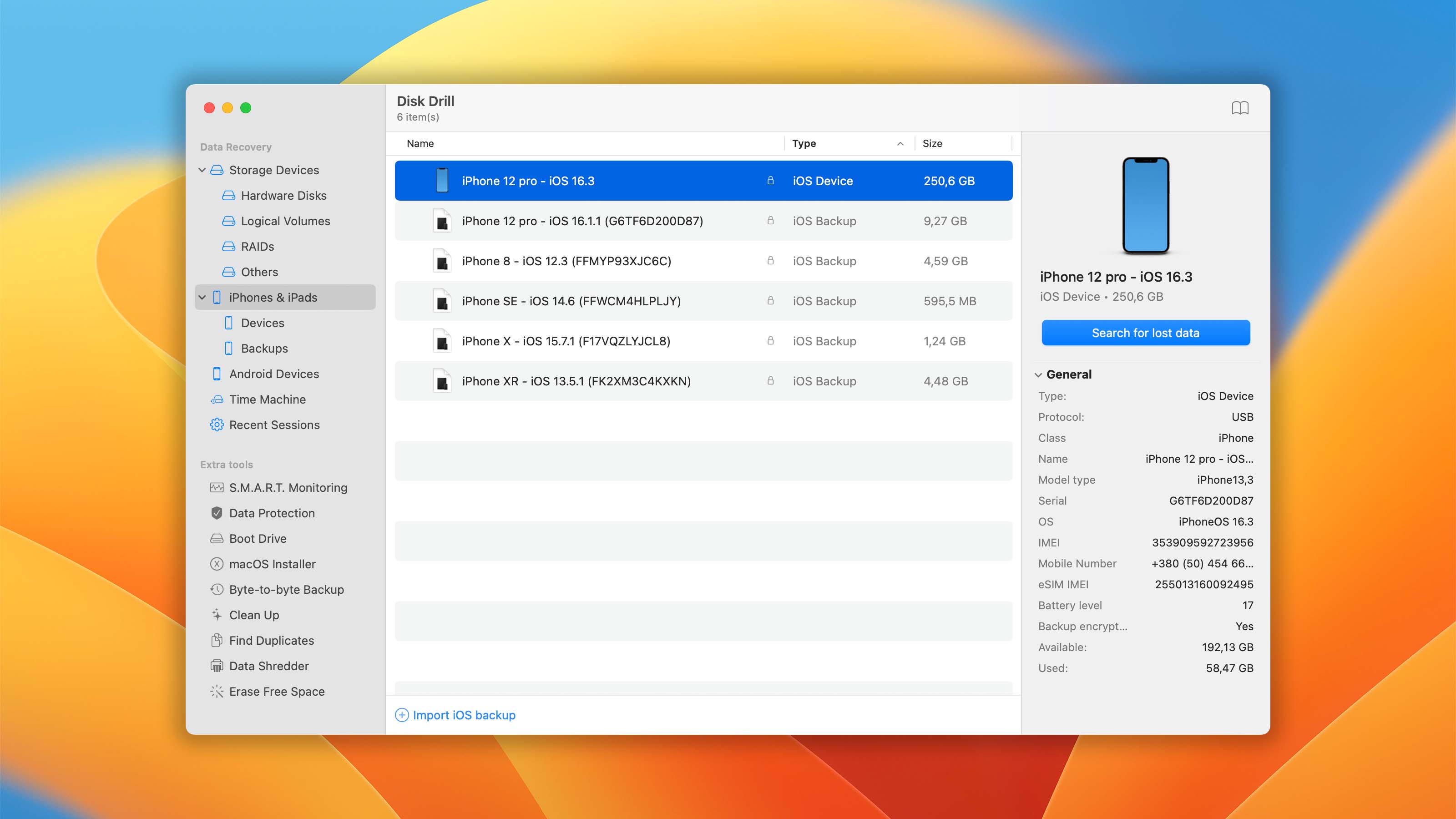 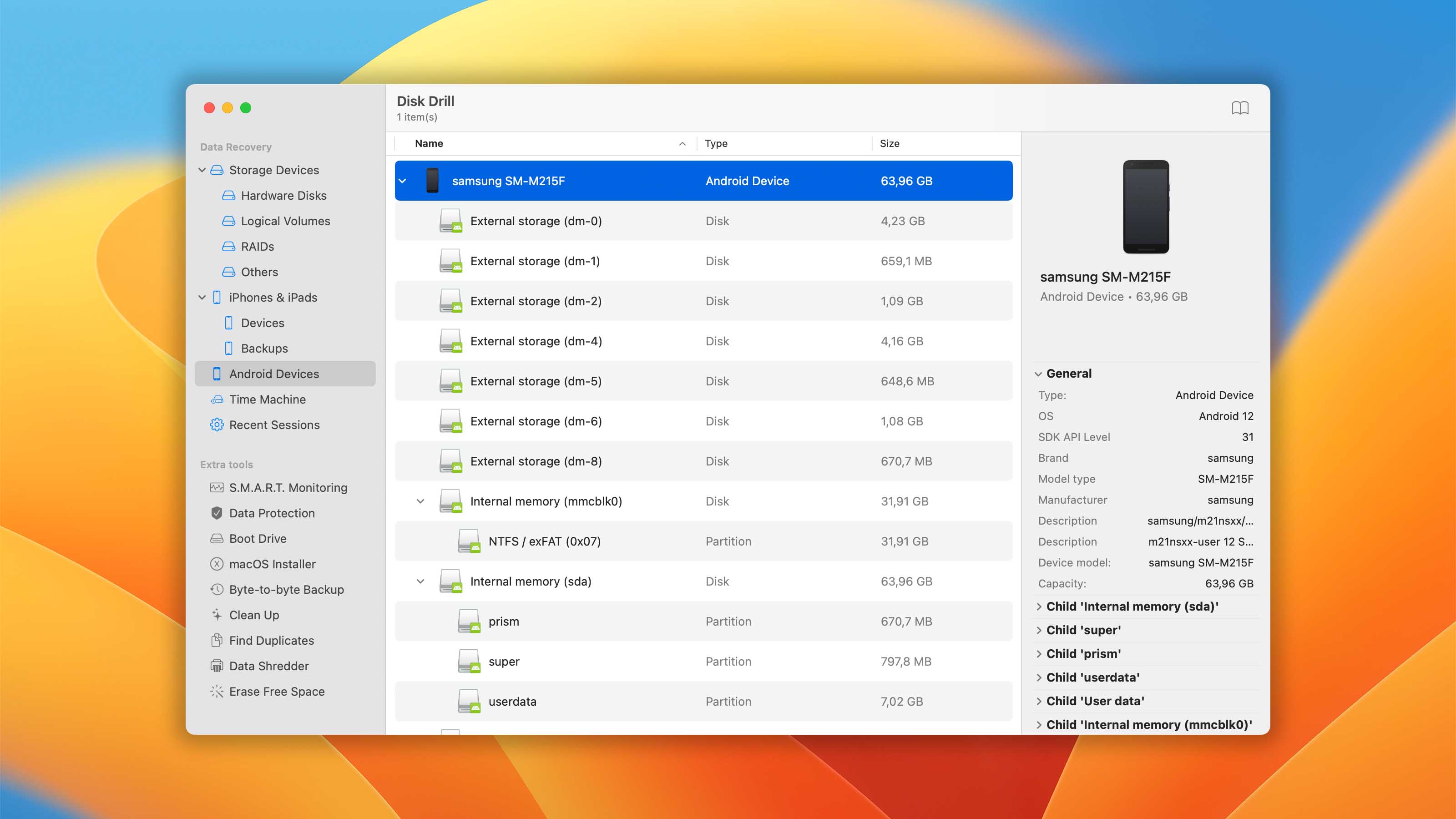 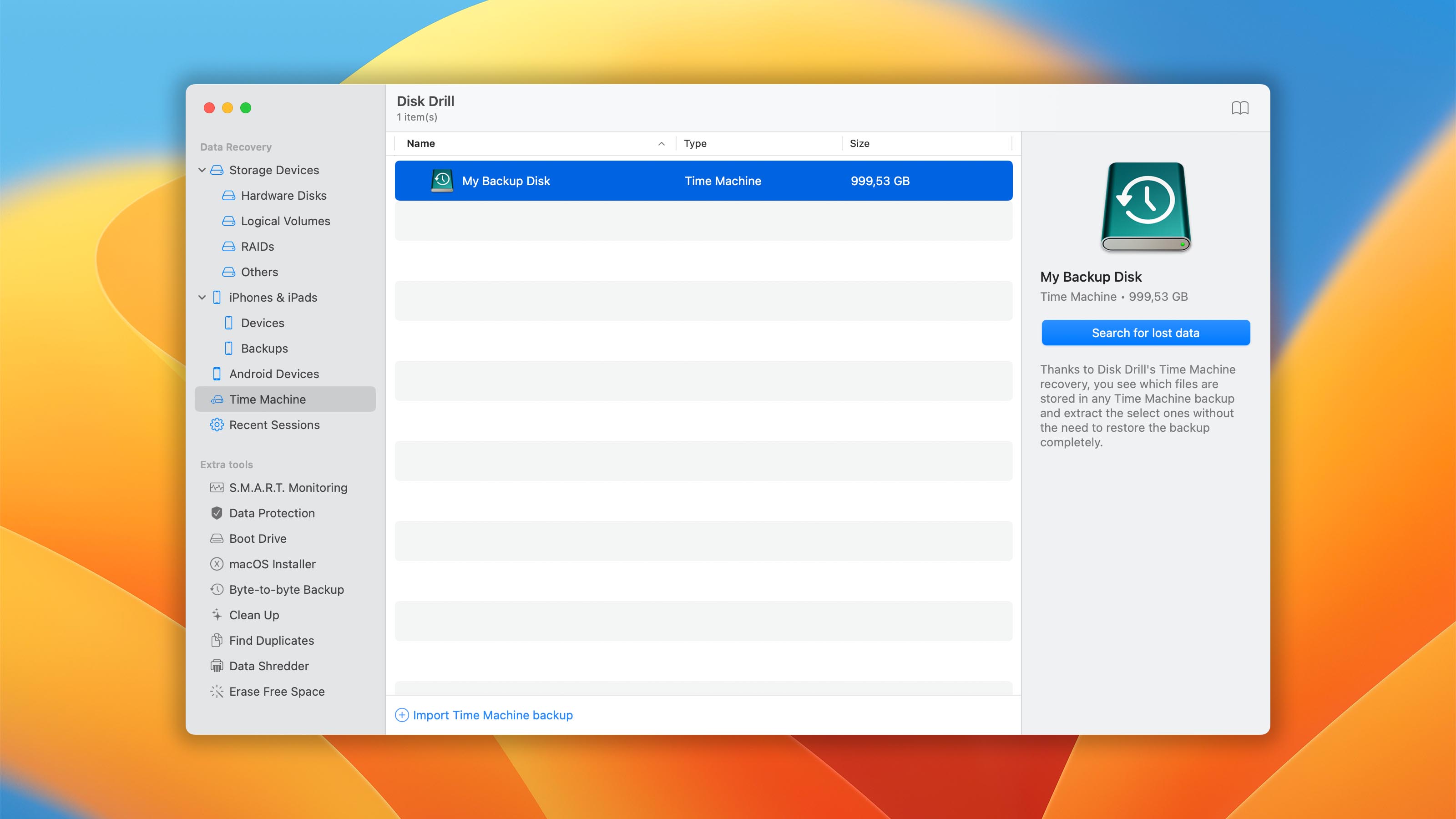 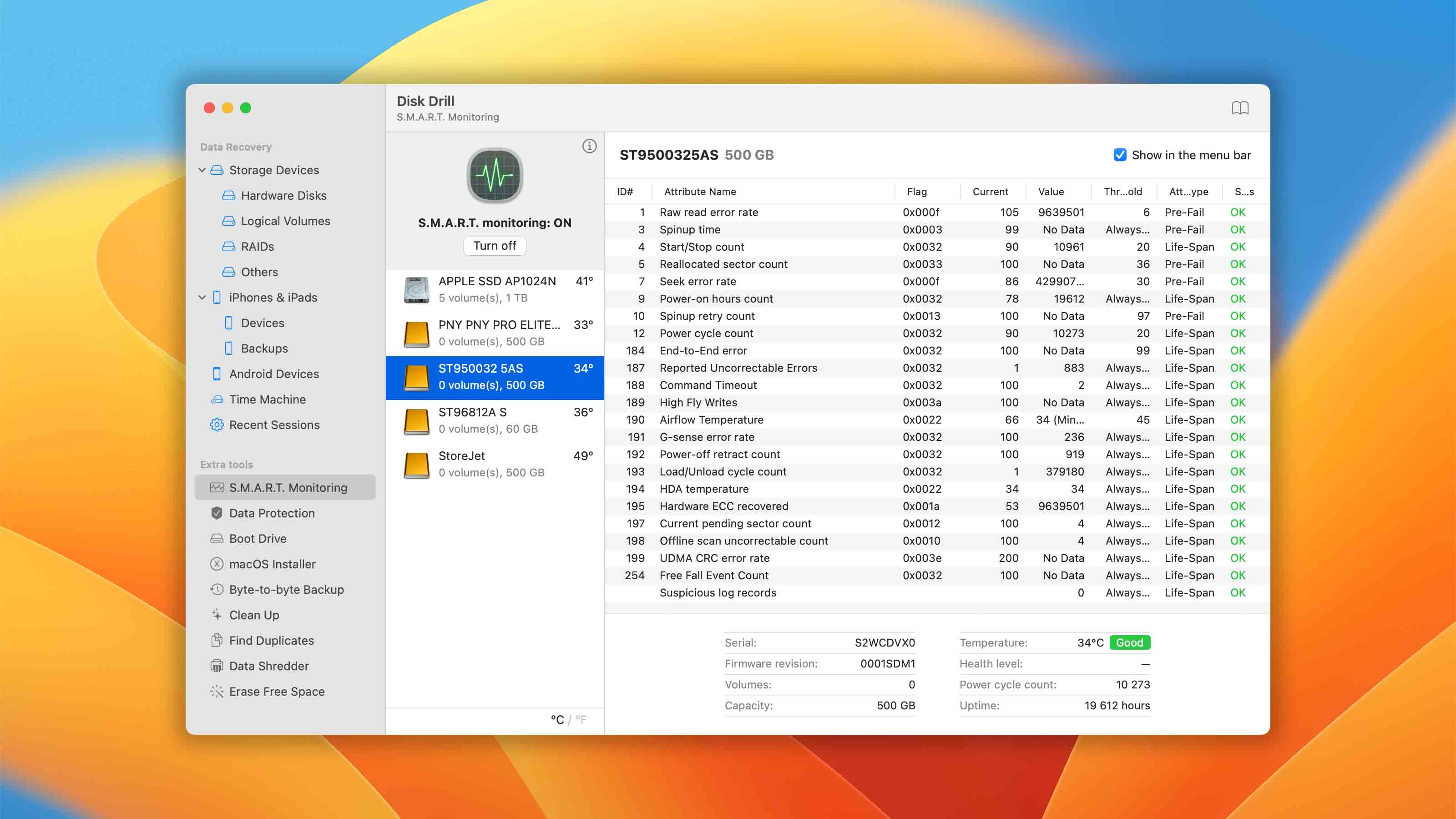 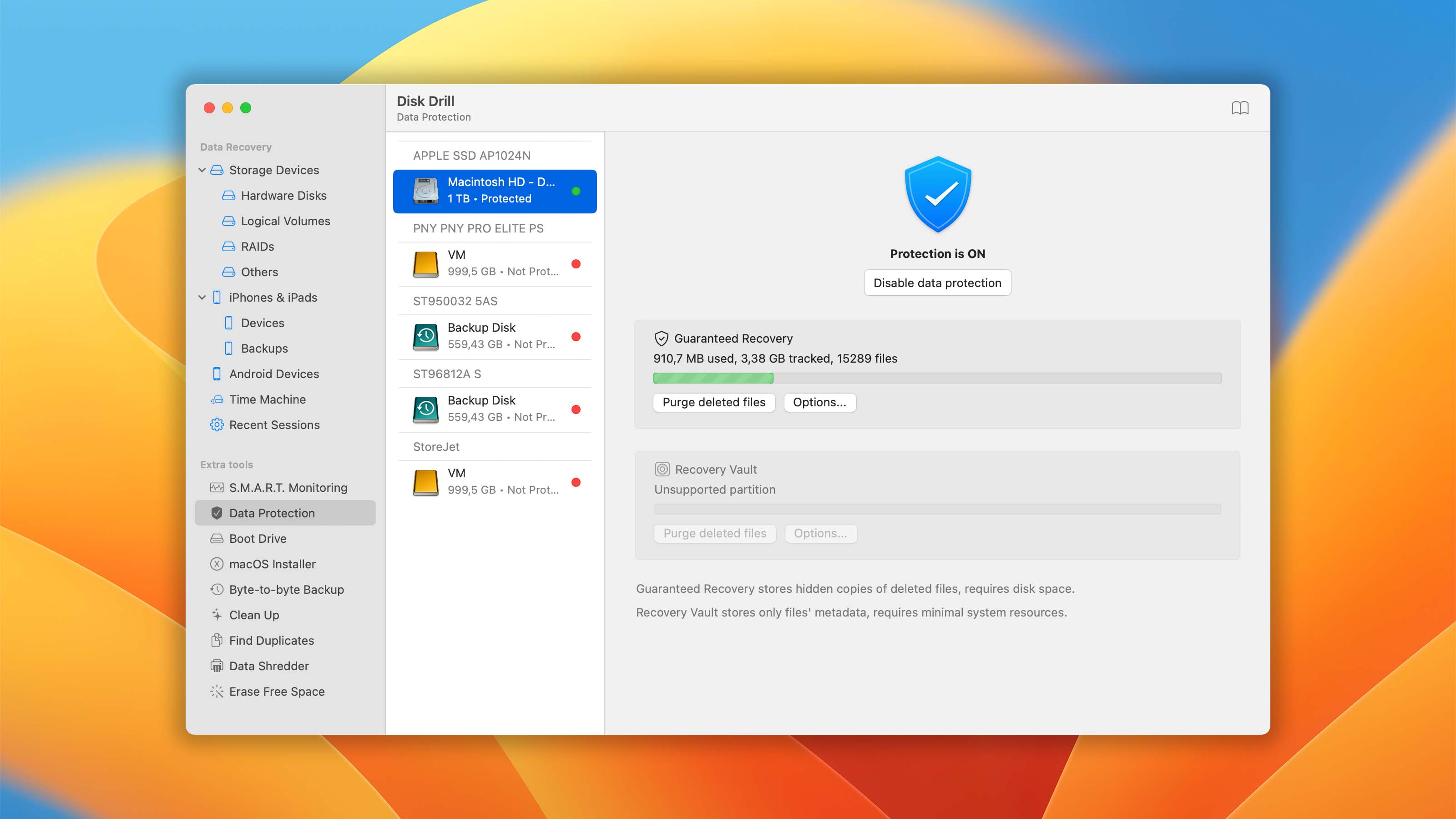 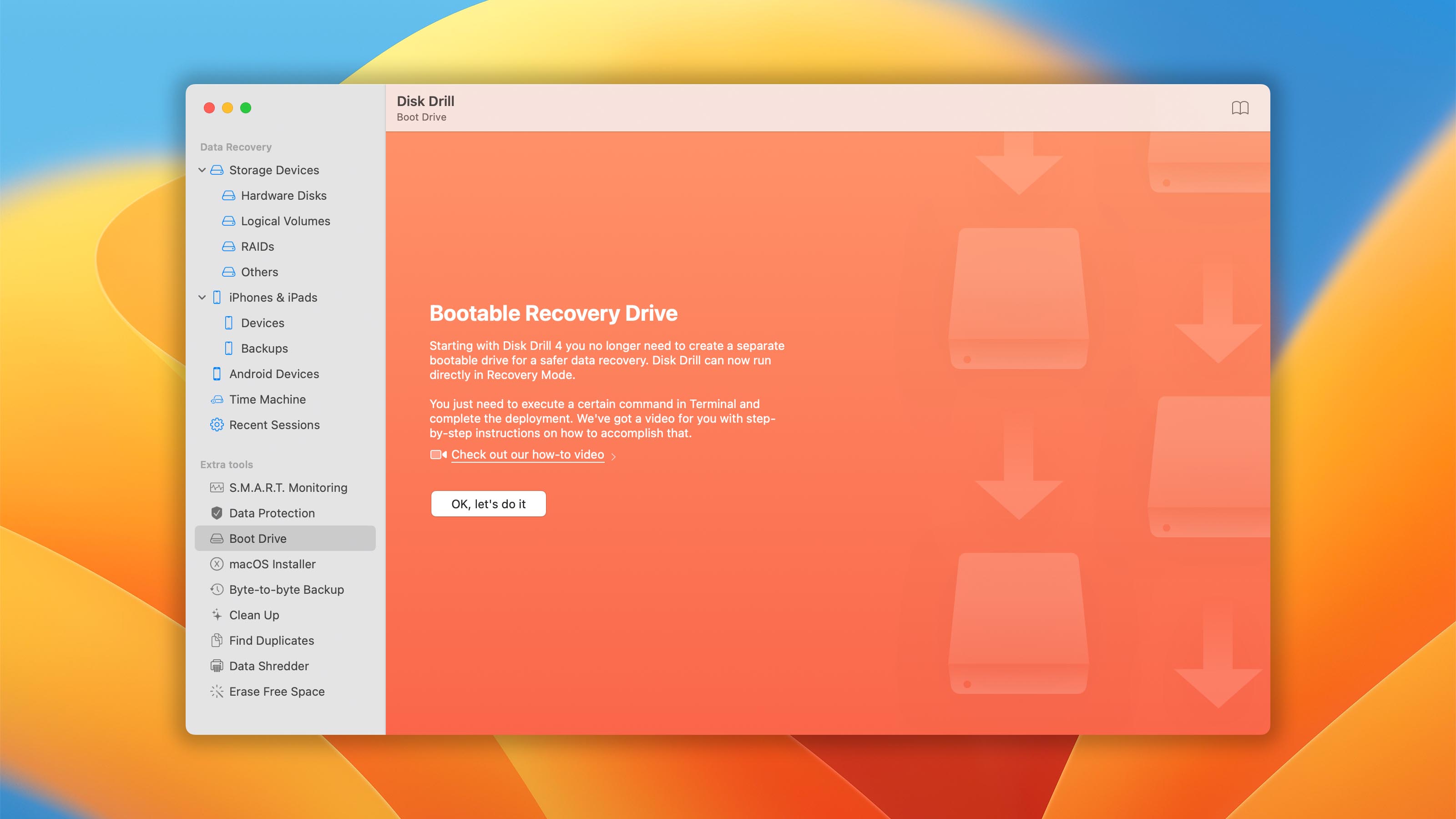 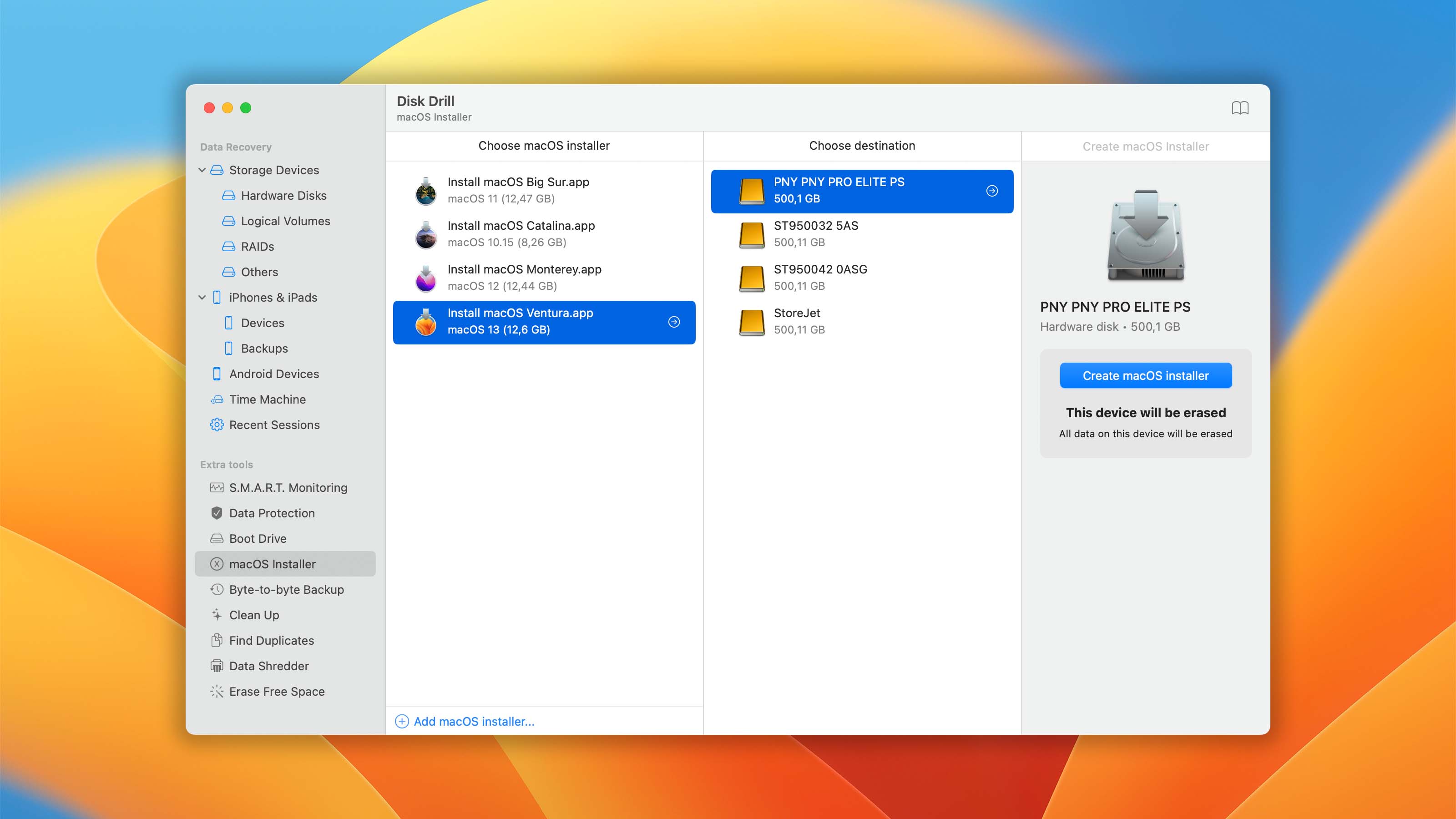 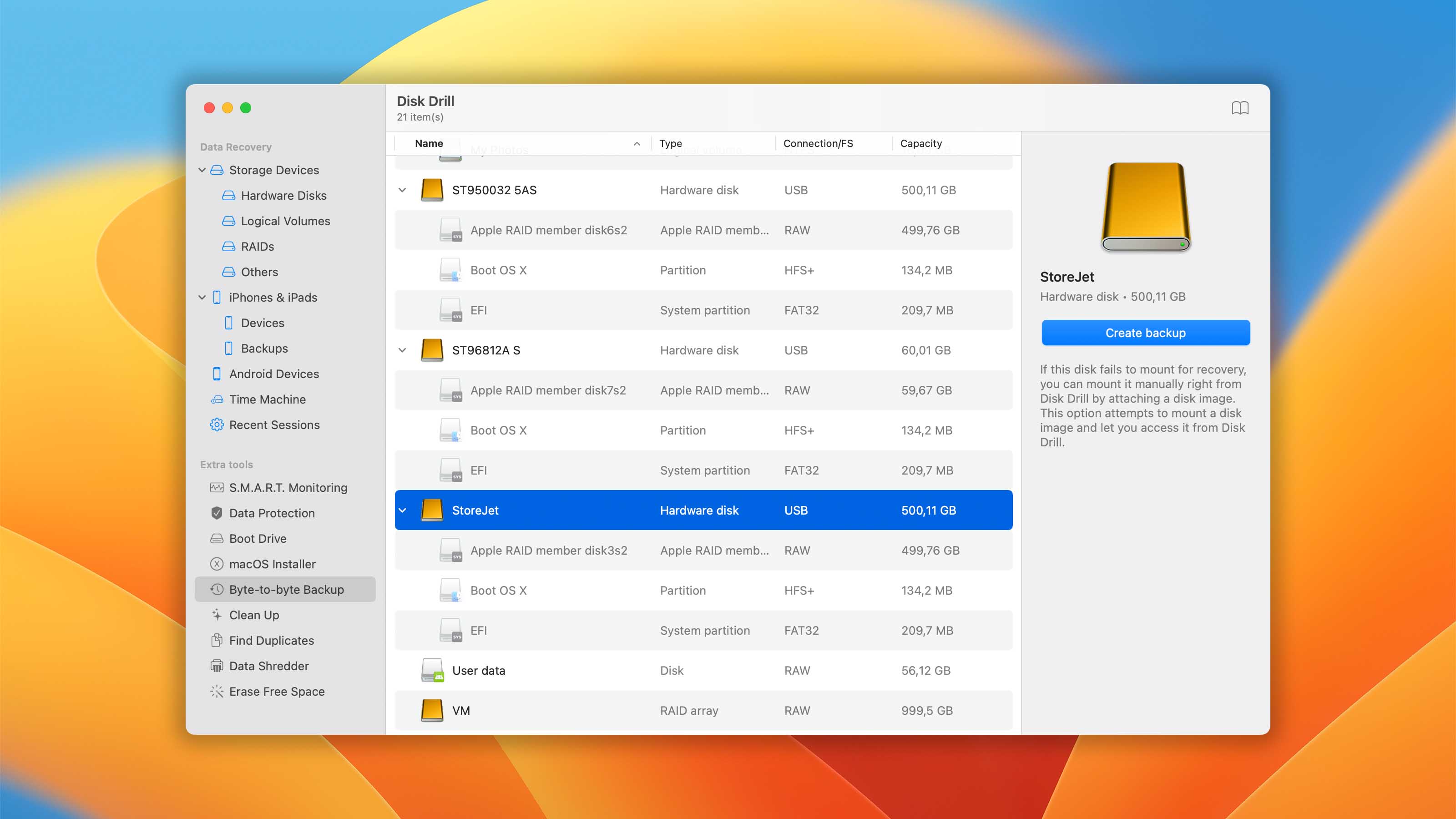 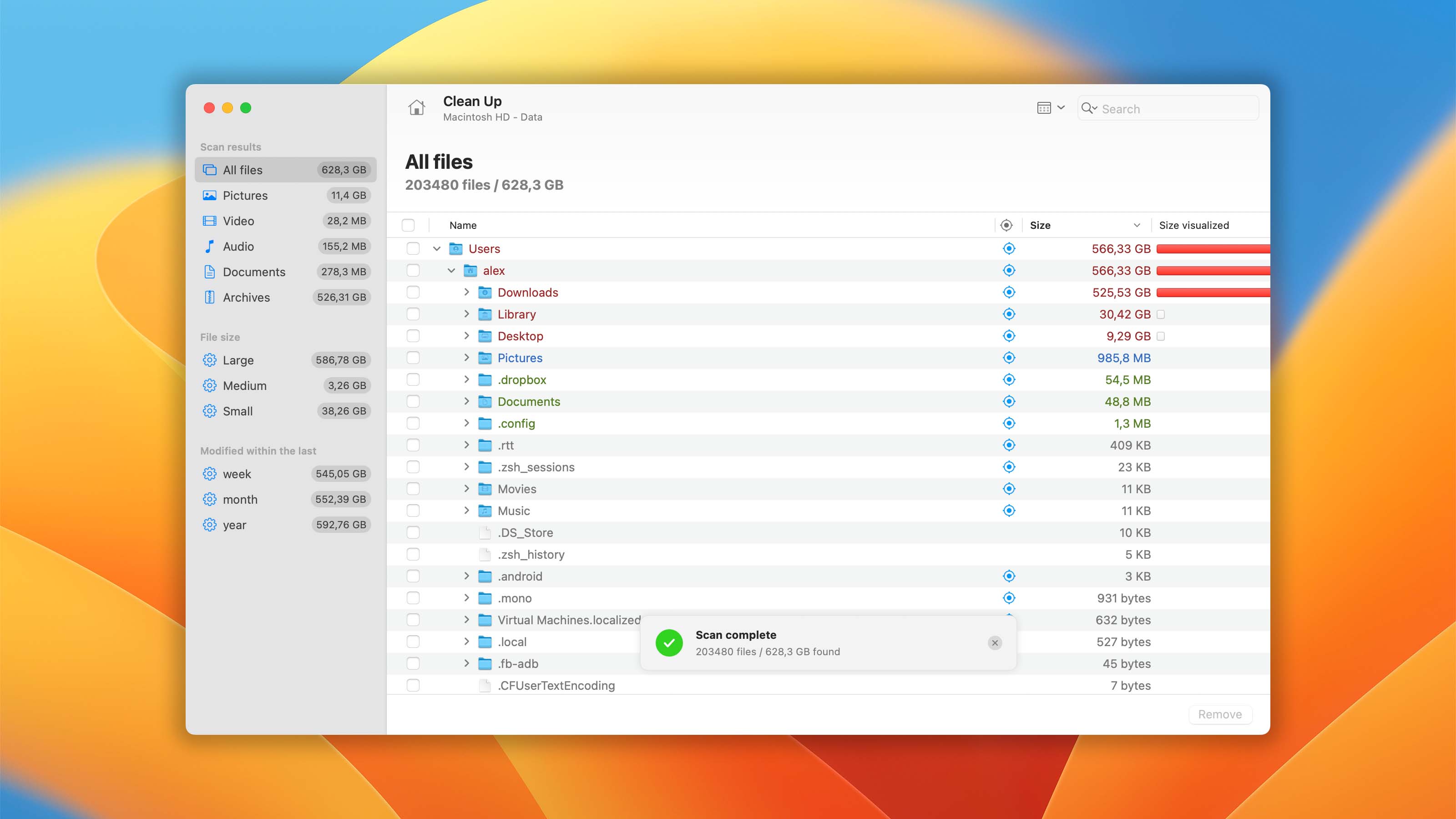 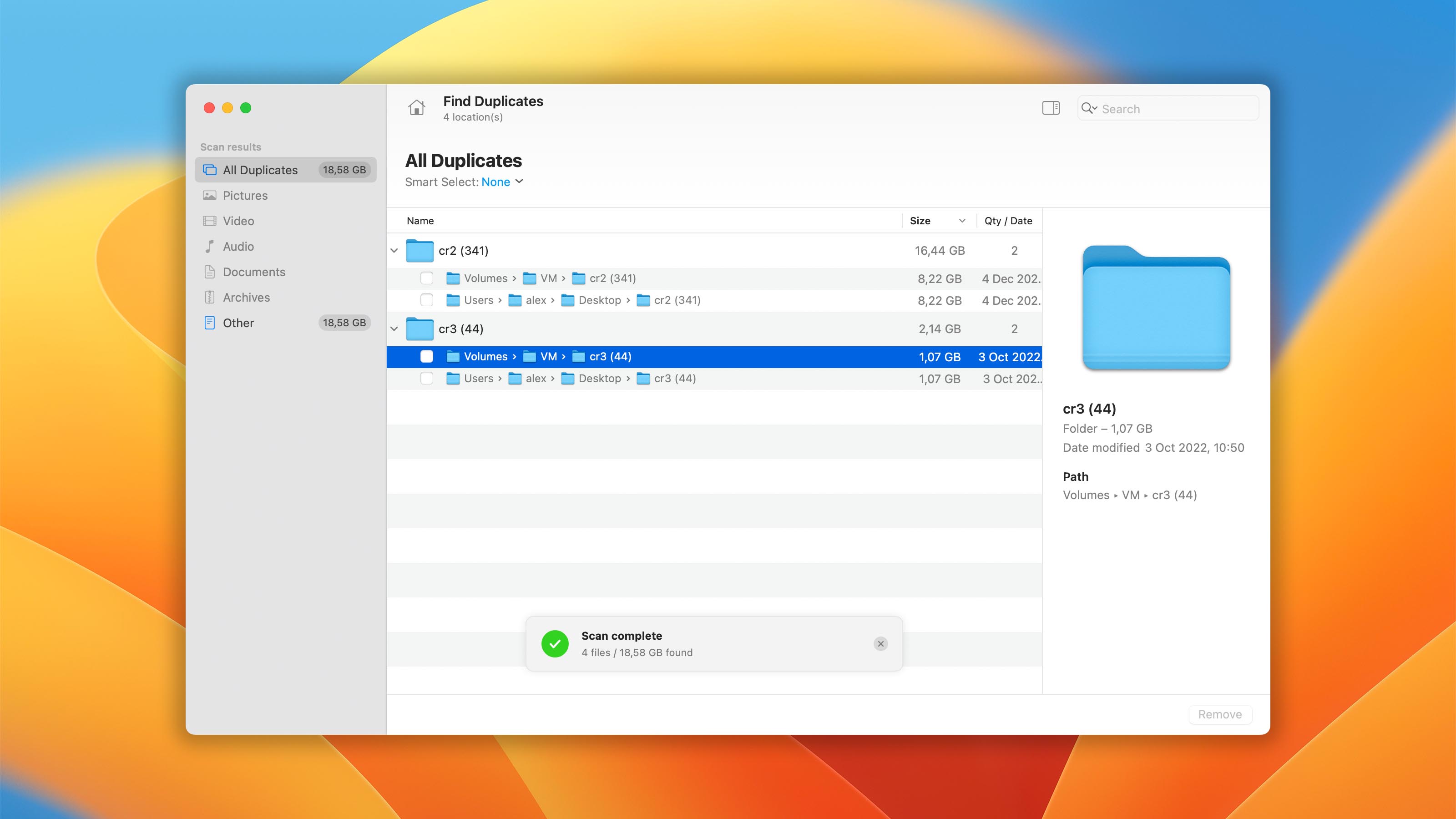 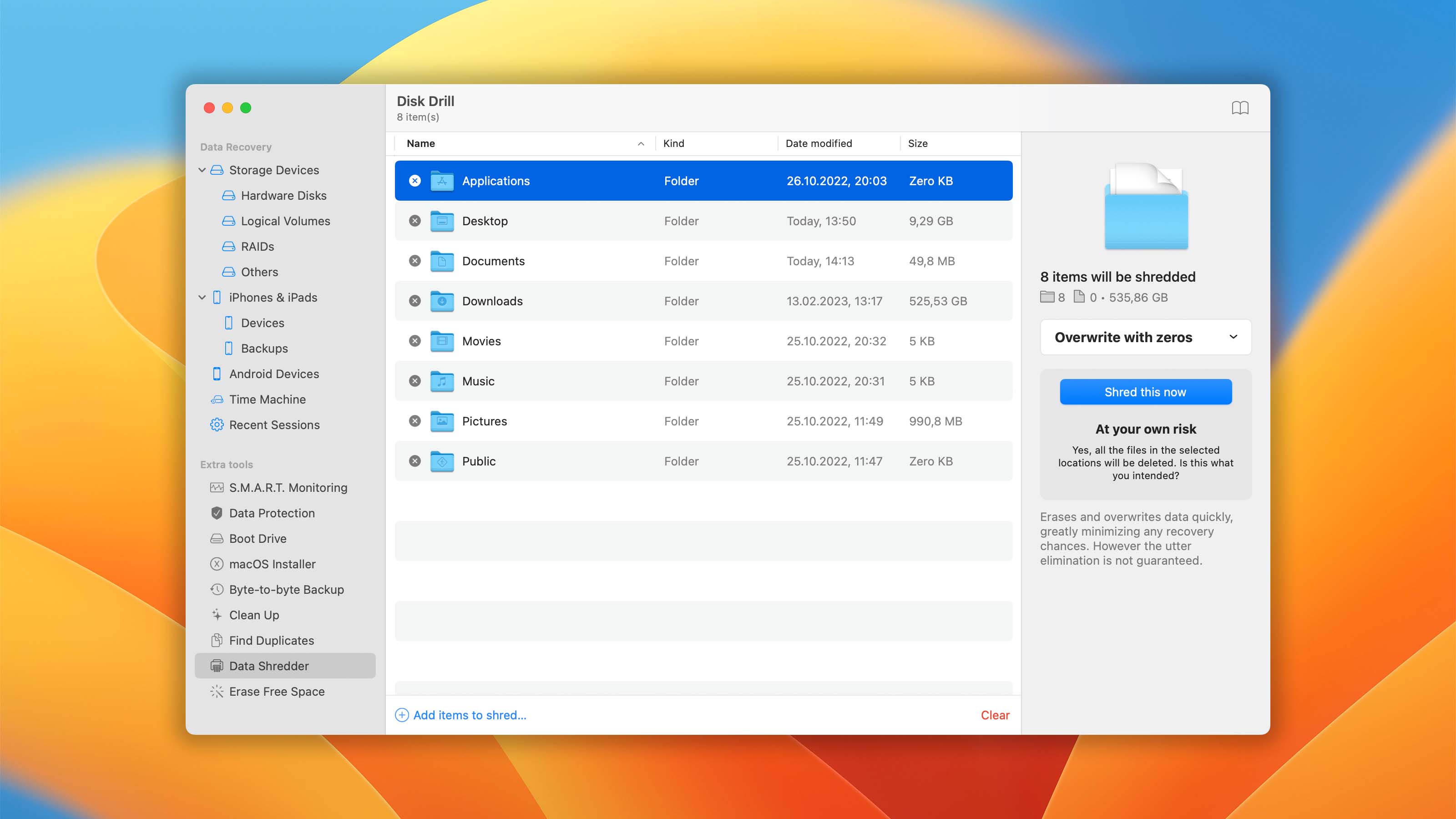 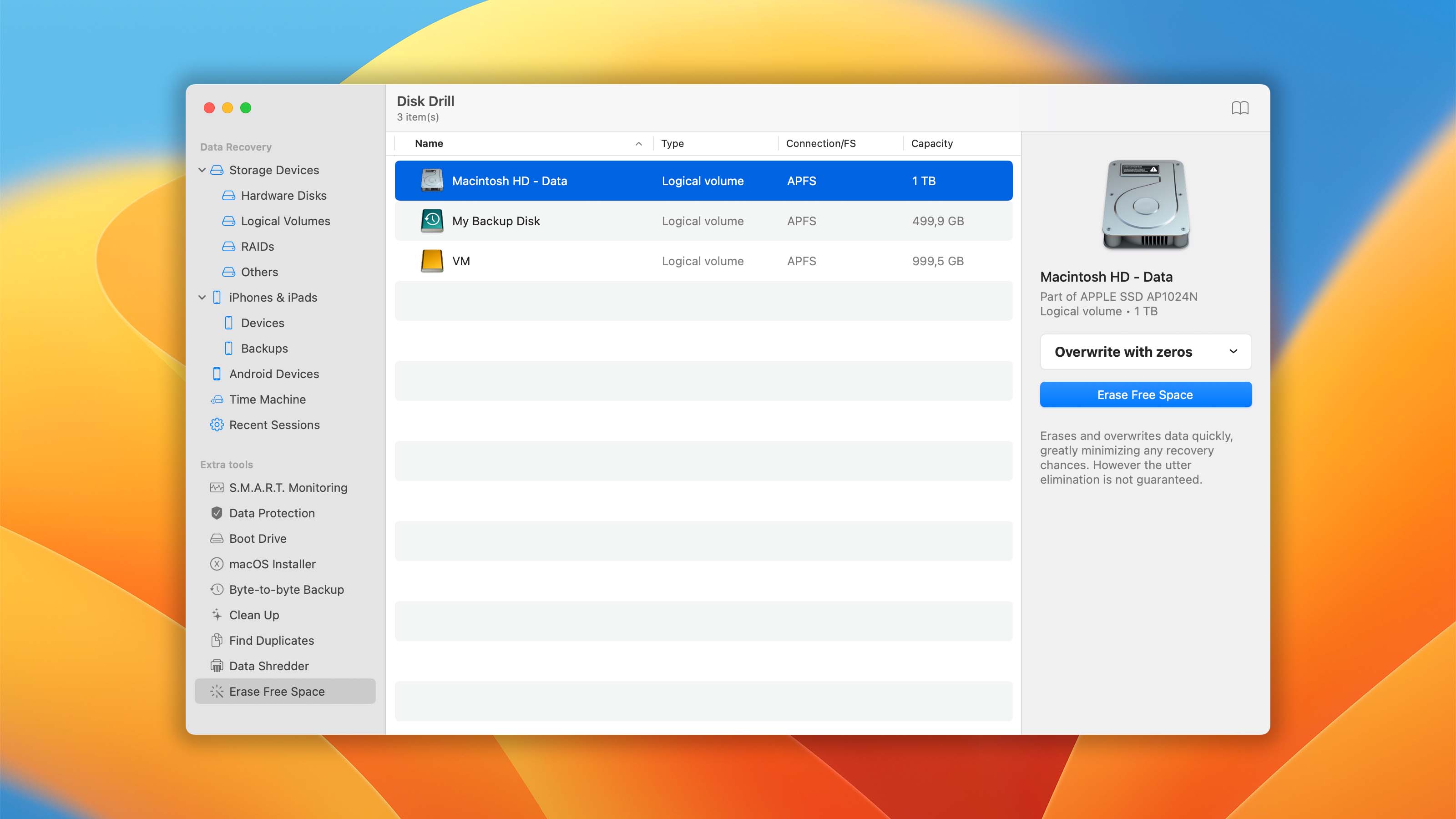 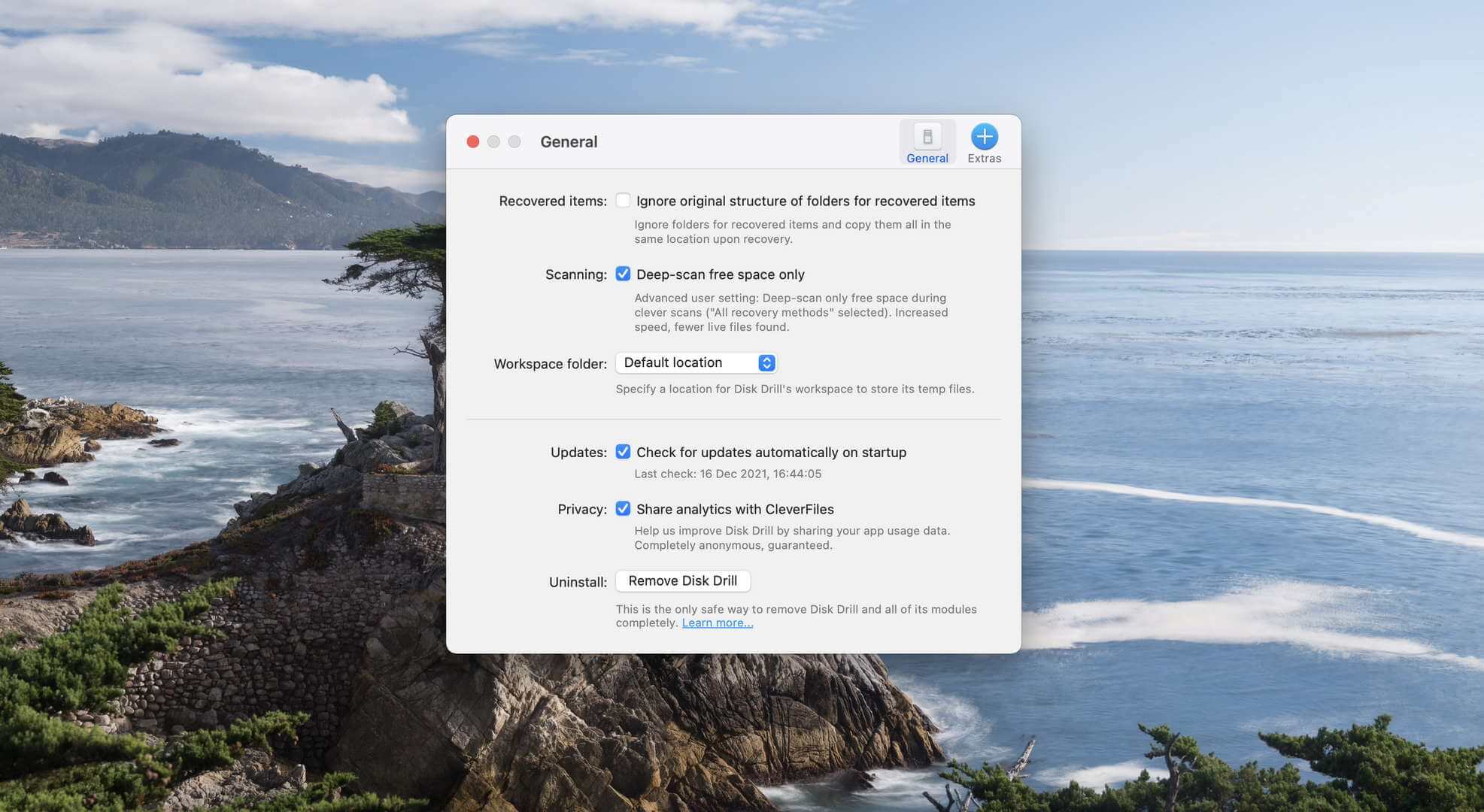 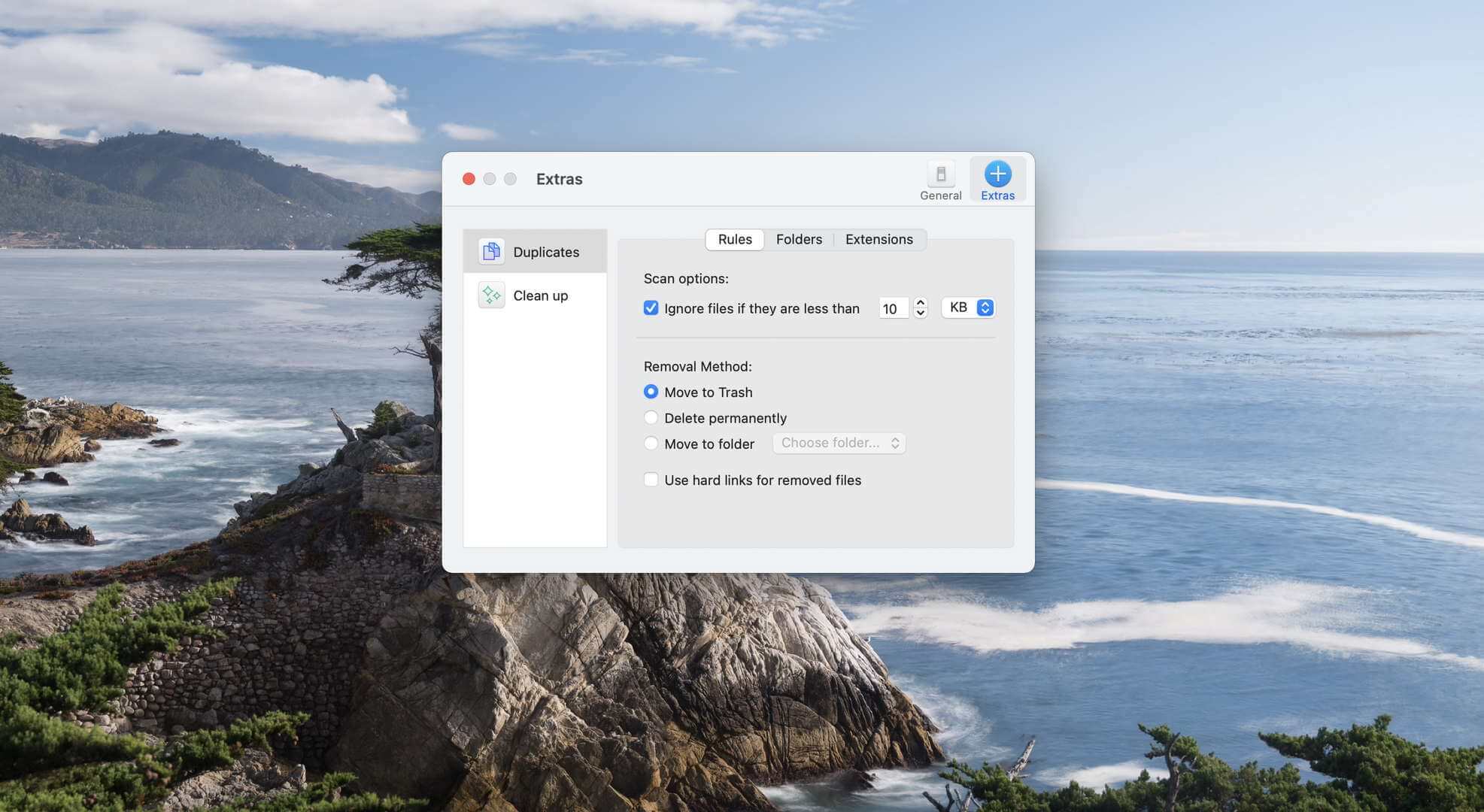 Disk Drill for macOS is one of those apps that make screenshots of the macOS operating system look good. While data recovery is what it's known for the most, the app comes with a nice collection of extra tools that cover everything from data protection to secure data erasure. 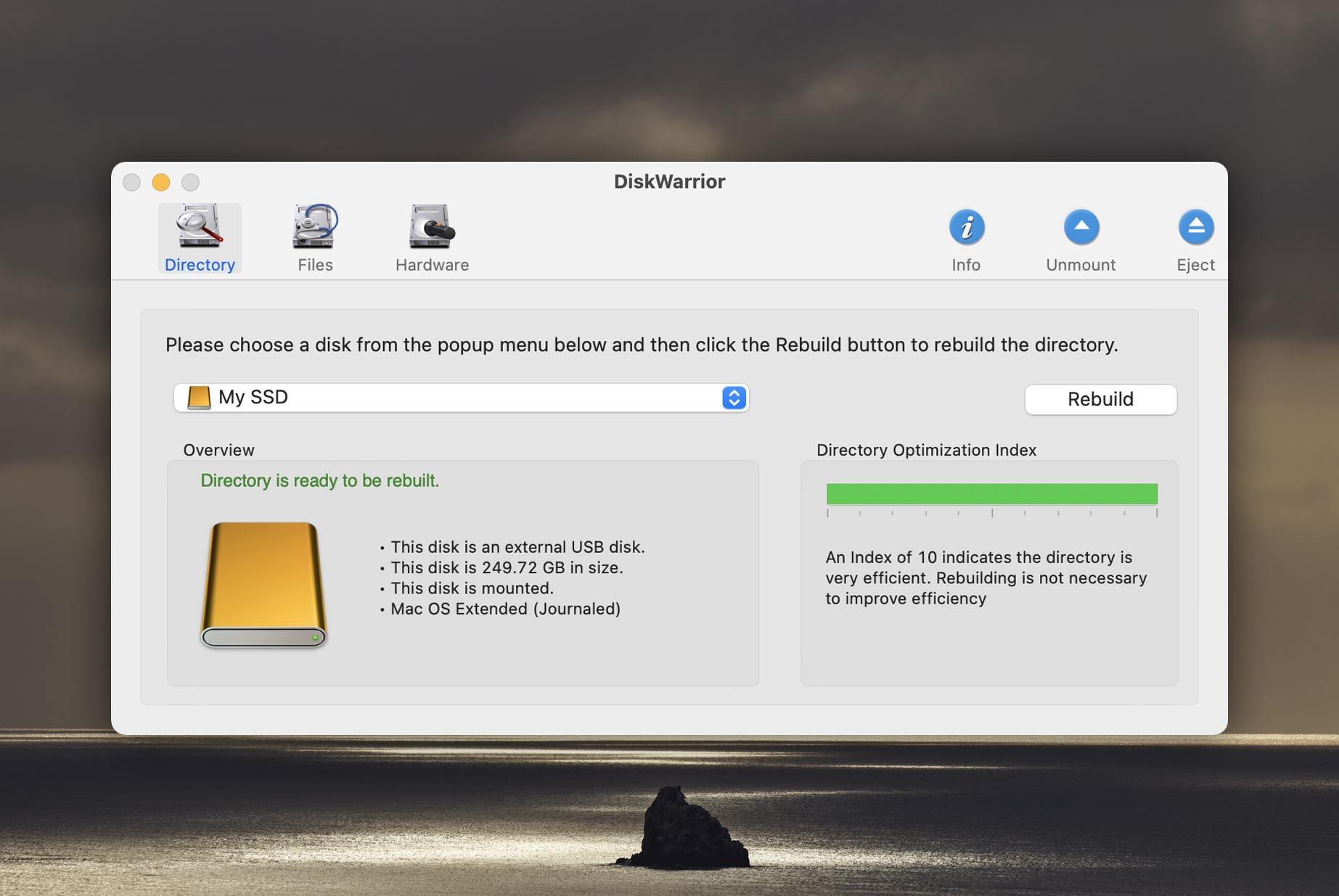 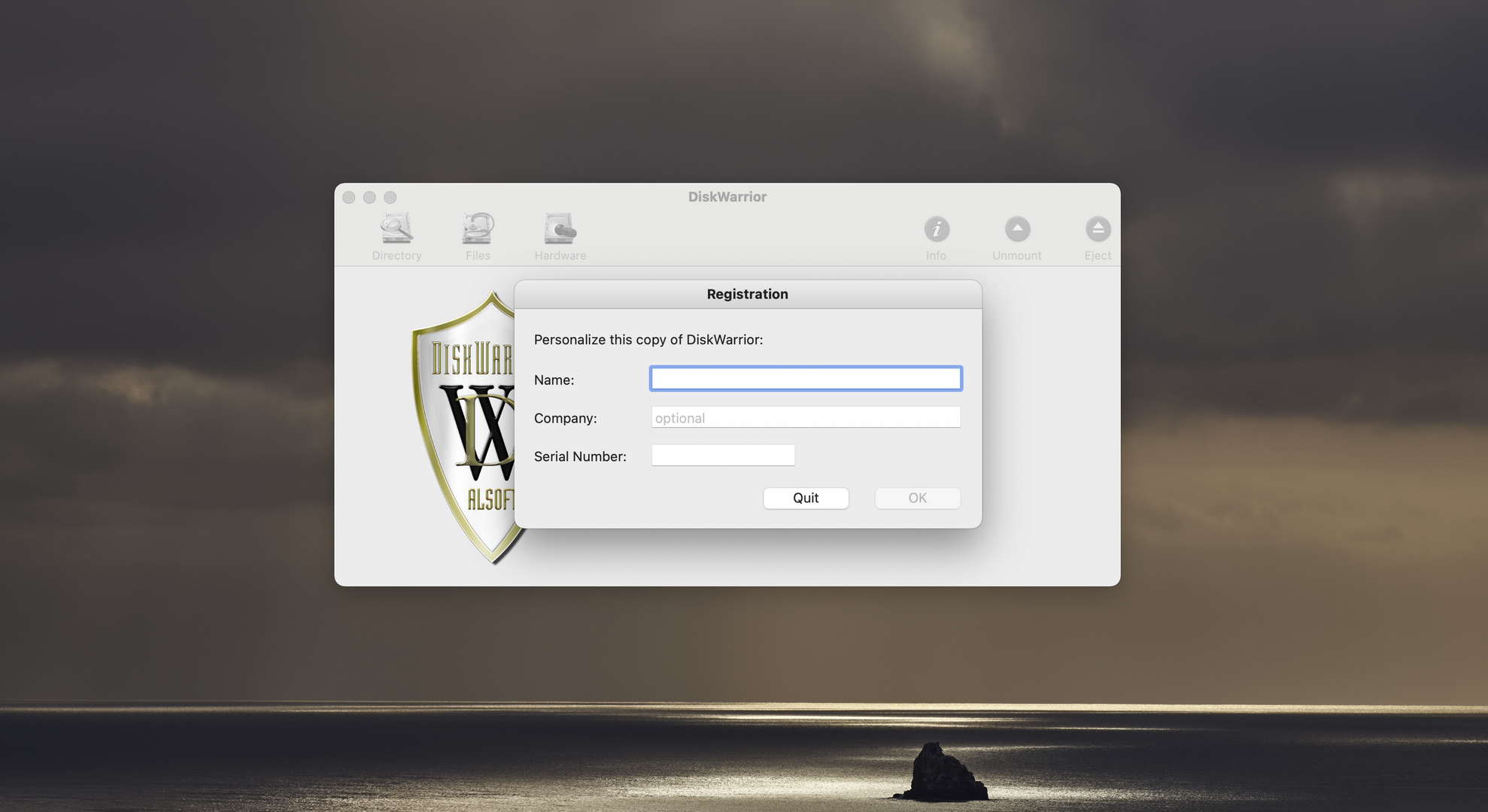 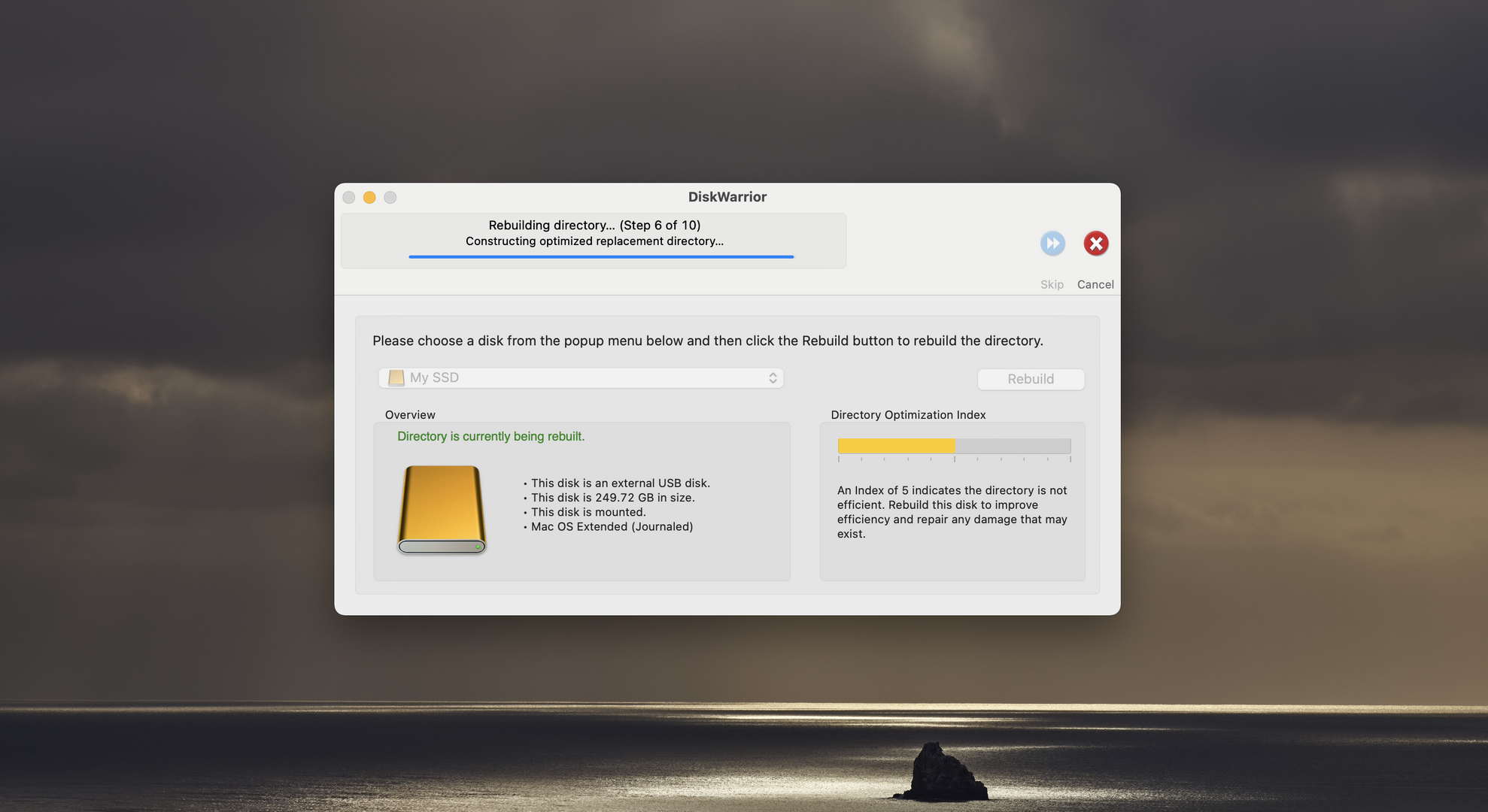 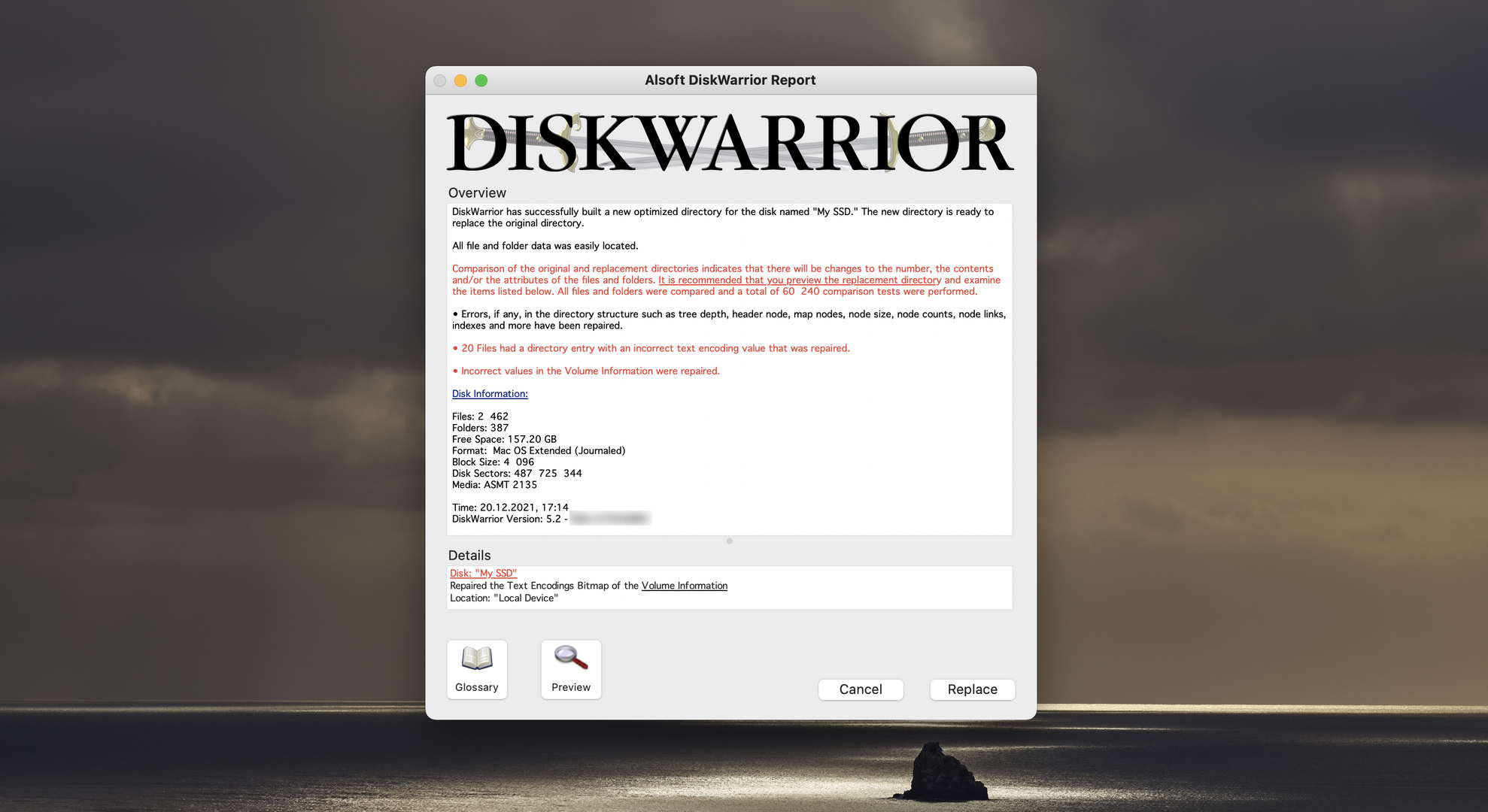 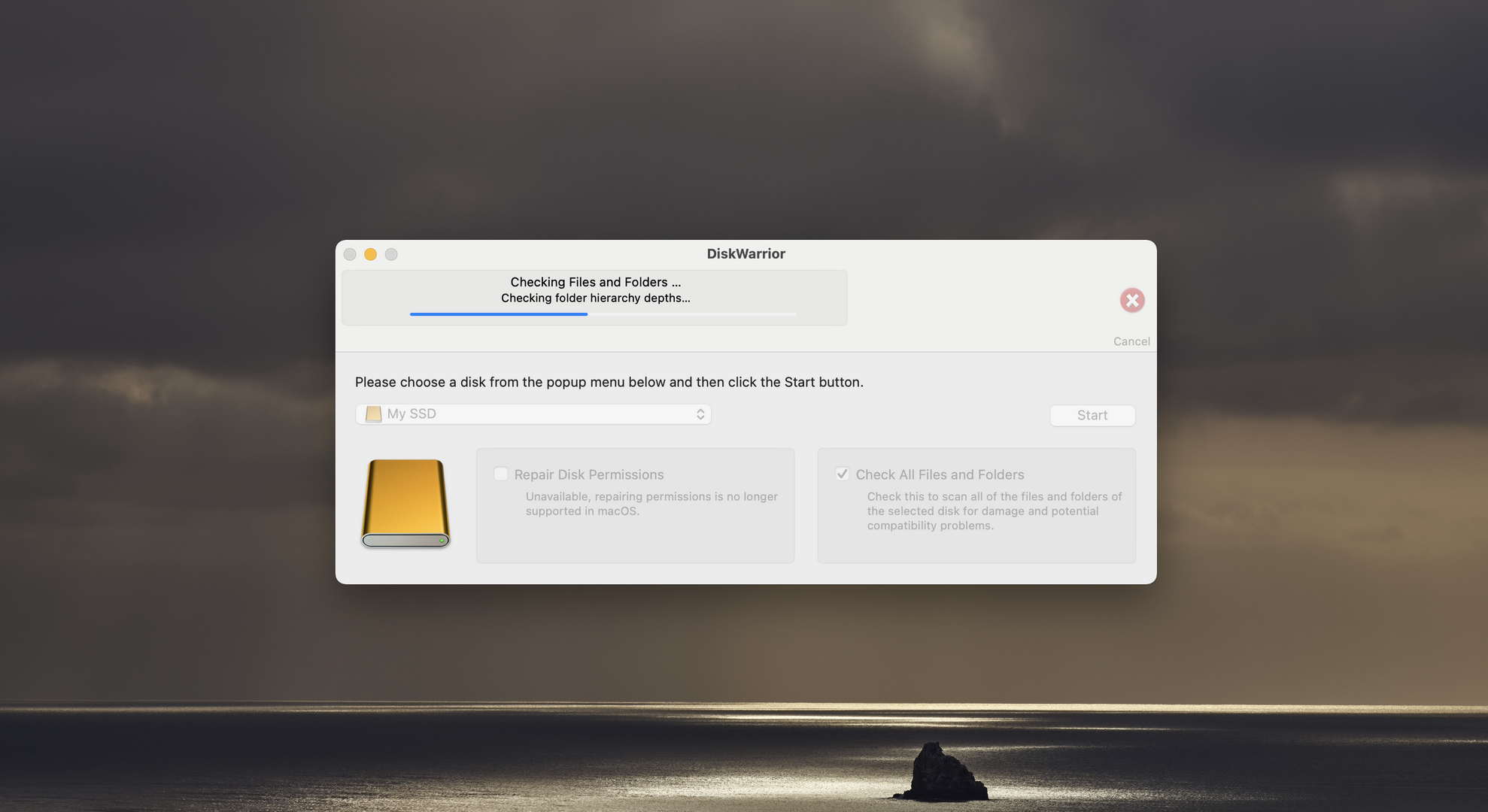 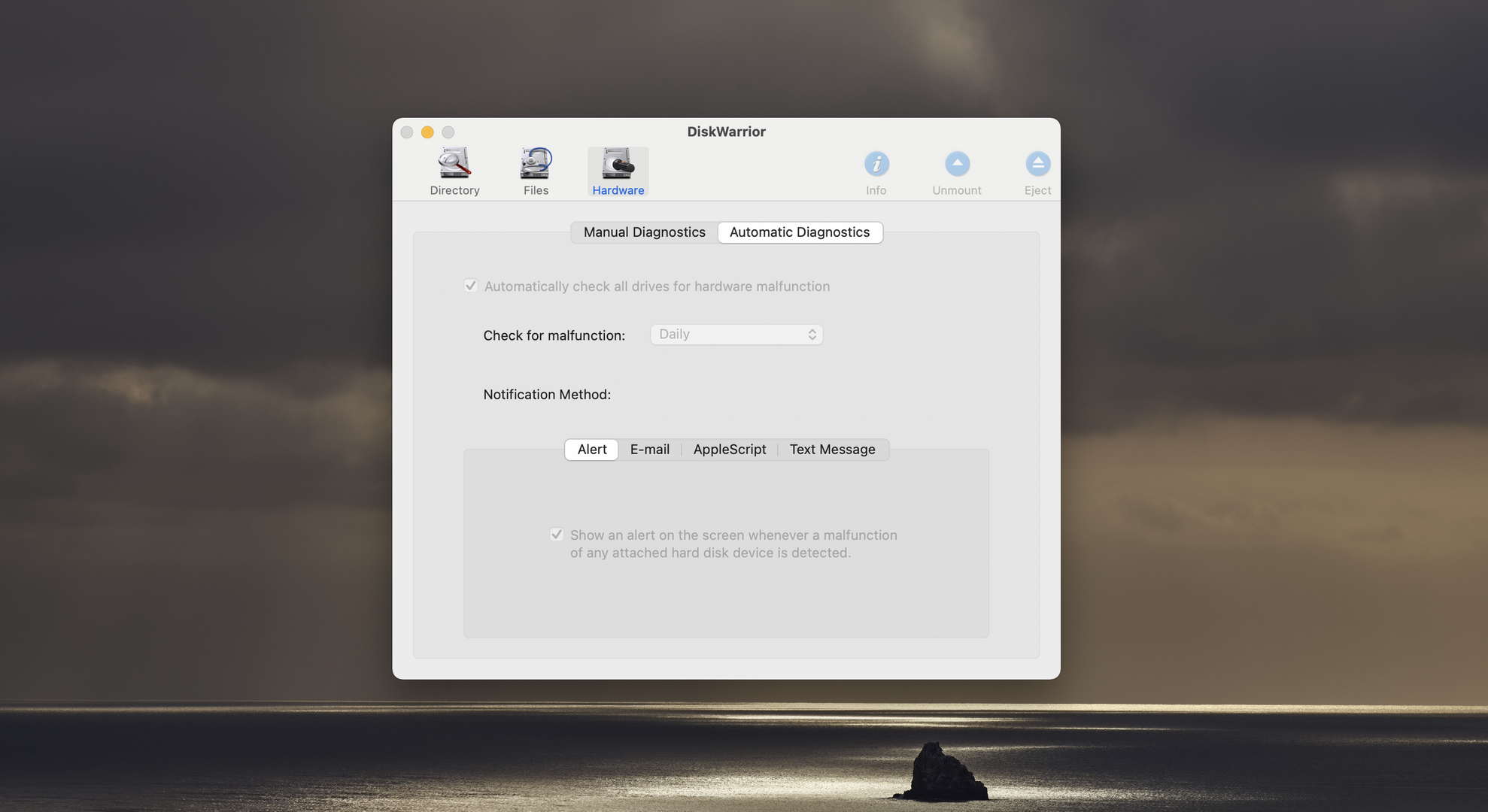 DiskWarrior for macOS is a disk repair tool that promises to restore access to lost data by fixing common and not-so-common file system issues. The tool has been around since 1998, but its development has stalled in recent years.

Disk Drill is a freemium software application, which means there’s a free version that you can download without paying to test what it can do and how well it performs in real-life data loss situations. The biggest limitation of the free version is its inability to recover found files. The application can only preview them to confirm their recoverability. A PRO license can forever unlock Disk Drill’s recovery capabilities for $89.00.

DiskWarrior doesn’t offer a free version, and it also doesn’t provide a money-back guarantee. That’s bad news for those who don’t want to shell out $119.95 to buy software that’s not guaranteed to work properly or deliver satisfactory results.

As you can see, DiskWarrior couldn’t possibly deliver any worse results. In fact, the data recovery software didn’t manage to restore the original folder structure and file names of any files from our sample collection. The fact that many modern file systems, including APFS (the default file system of modern Macs), are not supported has a lot to do with the software’s poor performance, but the main reason is that DiskWarrior doesn’t have proper data recovery capabilities. It can only repair file system issues that cause files to become unavailable.

Even though Disk Drill costs less than DiskWarrior, it delivers vastly superior data recovery results because it can actually recognize and recover hundreds of file formats. The application failed to pass only our EXT4 recovery test because it doesn’t support the Linux file system. That’s understandable considering that Disk Drill is available only for macOS and Windows. What matters much more is the fact that Disk Drill can recover data even from the system drives of M1-powered and T2-encrypted Macs.

The feature comparison of Disk Drill and DiskWarrior produced contrasting results, as the summary table below shows.

In short, Disk Drill strives to deliver an excellent user experience across the board, and it takes a holistic approach to data recovery, giving users plenty of tools to not only recover their lost data but also address the root cause of the data loss (poor disk health, lack of backups, and so on). DiskWarrior’s features have become so outdated and neglected that they simply fail to deliver anything close to a positive user experience, which is a shame because the software used to be genuinely great.

DiskWarrior doesn’t stand a chance against Disk Drill because its developers have been neglecting the software for a long time. The last update was released in 2018, and that’s why you can’t even run DiskWarrior on Apple silicon Macs. It’s then quite surprising that Alsoft, Inc., the company behind DiskWarrior, still provides phone support. We would love to hear what Alsoft’s customers say about the software.

When a software application stops receiving updates, it quickly becomes outdated and inconvenient to use when compared with modern alternatives. That’s precisely what happened to DiskWarrior. The application looks out of place on modern Macs, and it doesn’t have many features we expect data recovery software to have these days.

Smartphones and tablets were virtually unheard of when DiskWarrior was first released, so it probably won’t surprise you to read that the software can’t recover data from iOS and Android devices. Unfortunately, it also performs extremely poorly when recovering data from regular internal and external storage devices. Disk Drill is almost the exact opposite because the app can confidently recover even modern raw photo and video file formats.

Disk Drill greatly increases the value it delivers by including many extra features related to data recovery. For example, the application can recover data directly from Time Machine backups, and it can monitor the health of storage devices to help users avoid data loss disasters. DiskWarrior, unfortunately, doesn’t come with basically any extra features, except for bootable recovery drive creation.

DiskWarrior has suffered a crushing defeat in this data recovery software comparison. Despite its relatively young age, Disk Drill for macOS has scored more points in every category, making it a much better choice for Mac users who have lost important data and want to get it back without spending money on professional data recovery services.

Disk Drill for macOS is a data recovery software app even Apple would be proud of, and you can try it for free.

Have you still not found the right data recovery software? Then take a look at our other comparisons.